Rehabilitation of a culvert in historic and environmentally sensitive location

Pennsylvania’s capitol, Harrisburg, nestles along the shores of the wide Susquehanna River across from the city of Wormleysburg. The Harvey Taylor Bridge connects busy Route 11/15 called Front Street in Wormleysburg with the capitol’s busy downtown and government complex. Beneath this bridge on the Wormleysburg side is a culvert that collects water from a small tributary stream, along with storm runoff from the bridge. It sends this water directly into the river through a double-barrel set of 75-foot-long, 54-inch diameter corrugated metal pipes.

About a half-mile to the southeast sits the John Wormley House Historic Site, home of the city’s founder. Next to this site, another double-barrel set of similar stormwater pipes 88 feet long and 60 inches across drains out to the river. This stretch of Front Street runs along a preserved riverfront park area. So when a Pennsylvania Department of Transportation (PennDOT) inspection revealed serious structural deterioration and crushing in both sets of pipes, it was a nightmare scenario.

The pipe’s depth of 20 feet below ground would mean roughly 9 months of massive surface disruption affecting roughly 17,000 vehicles daily, and a minimum cost of $4.2 million, all without compromising the park environment or the historic site. These issues all precluded traditional pipe replacement.

Wormleysburg-based infrastructure rehabilitation contractors Abel Recon won the SprayWall application bid. Because both sets of pipes were accessible to man entry, no trenches needed to be dug, but where SprayWall really shone was in its green qualities. It releases no VOCs, says Abel’s general manager, Hap Witmer, “so we don’t destroy our wildlife.”

Another environmental consideration was that since the pipes outfall directly into the river, no debris or contaminants of any kind could be allowed to enter water flowing out of the rehab zone. But since SprayWall application required no actual digging, no special permits had to be obtained from the EPA, eliminating application and approval wait time.

The whole project was completed with a spray truck, a prep truck, a pickup truck and a crew of three taking their hoses into the pipes from atop the culverts. Other than footprints on the banks, the crew left no evidence of their work, so no restoration was needed.

Temporary walls and dikes were created using boards and sandbags to divert the minimal water flow from the work pipe into its twin until rehabilitation was complete, then the setup was reversed.

Most of the existing structure’s original coal-tar epoxy coating was intact and offered good adhesion with the SprayWall coating, but Abel washed away loose material from inside the pipe using pressures between 2,000-3,000 p.s.i. Technicians installed tightly woven silt sacks as catchment bags at the end of the pipes to allow water through while catching debris.

Some grouting was done to restore the corrugated profile of the pipes where exposure to air and moisture had eaten one-inch or smaller holes through the structure near the exposed ends and soil had begun to come through. This surface preparation was achieved during a single 12-hour day shift for each pipe. A night shift followed with the spray application of the SprayWall polyurethane structural coating.

Application was achieved at a rate of about ten feet per hour and a relatively uniform 500-mil thickness, based on the ASTM 1216 material design equation for structural integrity. Uniformity was audited by American Testing of Lancaster, brought in as a third-party inspection consultant to ensure objective results.

Roughly 15,000 lbs. of material was used for all four pipes. Because of the remarkably quick cure time, water flow could be restored within minutes of finishing the coating application and thickness testing.

Abel’s crews were able to do this round-the-clock work because it was all taking place below ground, with no interruption to traffic. Pleasant April weather with the required curing temperature of 50 degrees also aided smooth progress. Instead of 9 months of work, it took about 4 days.

The pipe rehabilitation cost was $275,500, out of an entire project cost of $1.4 million, a savings of $2.6 million compared to traditional methods. 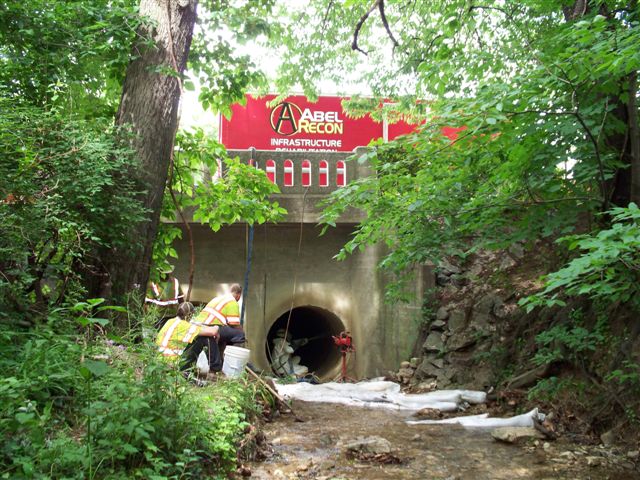 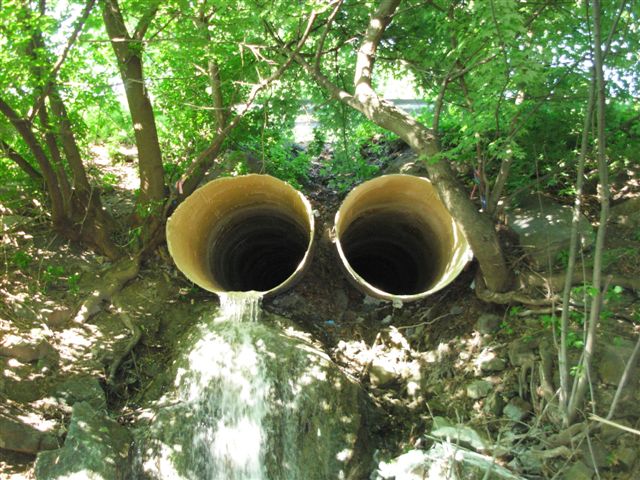 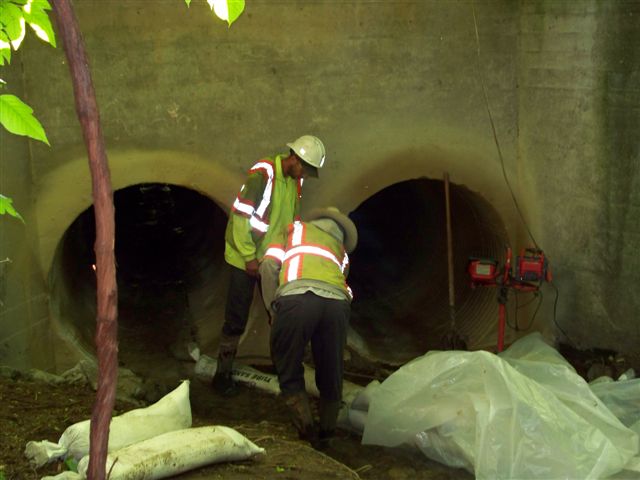 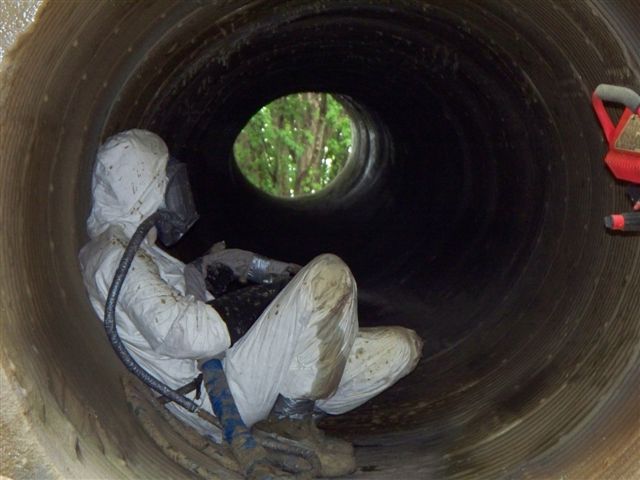 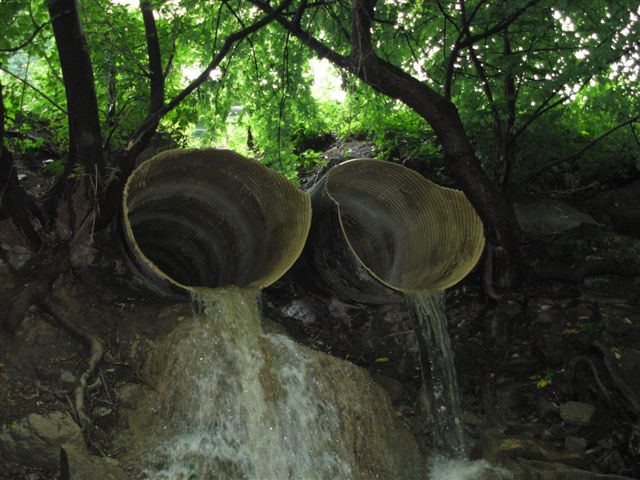 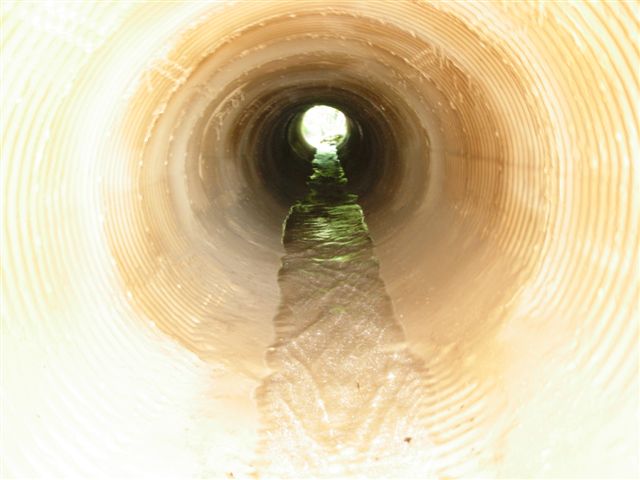